Towards a Peoples’
Board of Education 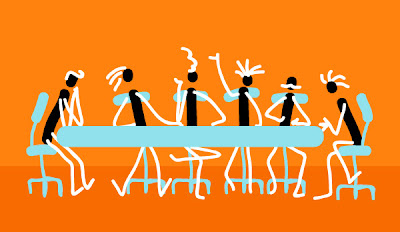 Powered by the People

Given the fact that the BloomKlein Dept of MisEducation is increasingly alienating and disempowering parents, students and educators from all aspects of the decision-making processes, the CPE/CEP is obligated to devise an alternative to this oppressive set of policies.

A Peoples’ Board of Education (PBE) can be the organizing glue we are seeking to move forward in a united front effort to reverse the BloomKlein mandate to privatize public education and to criminalize our youth and parents.

The PBE is both an explicit shadow governance structure and a citywide parent-student centered service provider when it comes to day-to-day advocacy work.

• advocate for Adult Ed classes to be in neighborhood public schools

• Set up a school database that shows Classroom Profile: the relationship between a school’s individual classroom population and grades. This would mean that each student's report card have the number of students in the class, for each class. This profile would include the original capacity and the current capacity of the school building.

• Advocate for neighborhood schools to utilize BOCES (Board Of Cooperative Educational Services) services-- all the other NY State public school systems do. SEE: http://en.wikipedia.org/wiki/Board_of_Cooperative_Educational_Services

• We (the CPE/CEP Membership) would select 15 to 20 Citywide Peoples’ Board of Education members that would not only reflect our progressive views, but also the demographic reality of today’s NYC. People like Louis Reyes, Luis Acosta, Esmeralda Simmons, Adelaide Sanford, Jose Alfaro, Our Own Muba, Jitu Weusi, Warren Minor, and others would constitute this Board. It would meet on a monthly basis in a public setting. Its initial work would be to critique the BloomKlein policies and offer progressive alternatives.

• Devise a PBE Budget based on the current amount of money allocated to the BloomKlein DOE. This would serve as a dual purpose:

A-- Expose how billions are wasted by the current regime

• Introduce the notion and campaign for the Neighborhood Teacher Recruitment Program (NTRP).

This campaign would advocate the immediate reallocation of some $60million currently being spent on teacher recruitment primarily from OUTSIDE NYC to recruit Black, Latino and Asian teachers from the neighborhoods of NYC. In addition, there would be at least one teacher-themed high school in each boro that would be part of this campaign.

This NTRP campaign would push for the policy of:

• In the interim, the PBE would publicize the fact of disappearing Black/Latino educators and offer policy that would reverse this hemmoraging.

• The PBE would also be the center from which policy suggestions would be written and critiqued. This, in turn, would be publicly presented to the State Legislature representatives and the NY City Council. The PBE would be advocating a Peoples’ Referendum to End Mayoral Control before 2015 as well as having the City Council replace the State Legislative body when it comes to setting education policy (i.e. Education Home Rule).

This means that the PBE would hold public hearings on all the violations and unprofessional operations of the BloomKlein DOE. The PBE would, therefore, work in collaboration with the NAACP Legal Defense Fund, Medgar Evers College’s Center for Law & Social Justice, NYCLU, DC37, Center for Constitutional Rights, Urban Justice Center, NESRI, etc....

• The PBE would have its own website: Peoplesedboard.org that would be interactive and archival with ongoing video testimony from students, parents and educators. The PBE would also have a facebook/social networking presence as well as a radio presence on a weekly basis to constantly critique/expose and envision.

IMMEDIATE Stuff the PBE can do:

• ESL (for student and family) referral

• Health support Referral. Note: we could line up cooperating doctors and willing community health centers... and maybe even get Doctors Without Borders to pay a three day visit for NYC's school children.

Posted by Black Educator at 3:52 AM 2 comments: