CPE In The News

Demonstrators congregated on the steps of Tweed Courthouse last Friday to protest mayoral control of public schools and to lobby for hefty reforms to the city system.

Several protestors held up banners, each listing one of ten education reforms the group is asking the D.O.E. to implement immediately.

Among the proposals the protestors highlighted were equitable funding for all schools, a halt to the proliferation of charter schools; an end to school closure; and a push for smaller class sizes.
John Yanno, a teacher at John Jay High School and a member of Grassroots Education Movement NYC, bemoaned the shortage in funding for his school and the co-location of Millennium Brooklyn in the building. Seniors at John Jay have huge holes in their schedules, he said.

“They literally spend their afternoons hanging out in the bathroom or hallway, ‘cause they have nowhere to go,” said Yanno.


Muba YaroFulani, a public school parent and a member of Coalition for Public Education, accused the D.O.E. for failing its students by not offering them quality classroom education or a sufficient number of after-school programs; and for shutting parents out of the decision-making process.
“Money is being spent more towards the prison system than educating our 1.1 million students,” she told the crowd. She also mentioned Black’s controversial birth control joke from the January 13 School Overcrowding Task Force meeting held at 250 Broadway.
YaroFulan also called for an end to mayoral control, which she referred to as “dictatorship behavior.”
“We want our children to know,” YaroFulan said, “that we’ll continue to fight – and not fail to fight for them – until the end, ‘cause they deserve what’s rightfully theirs.”
P.S. 364 third grader Martha Eckl-Lindenberg read aloud a letter she and Lisa Donlan, president of the District One Community Education Council, wrote to new D.O.E. Chancellor Cathie Black to the crowd, saying, “New York City public school students, parents and teachers cordially invite you to hear our objections to the D.O.E.’s disastrous policies that are destroying our schools. Come to hear our Real Reforms that can actually improve learning in our schools!”

A D.O.E. spokesperson confirmed Tuesday evening that Black is not planning on attending the rally.

Donlan was disappointed to hear the news. Overcrowding, she said, is becoming a big problem in public schools on the Lower East Side.

“We’re seeing the highest increase in kindergarten for the last two years, with no attention to change that,” she said. The students, she said, are moving up in grades without sufficient classroom space to accommodate them.

Donlan said that the D.O.E. has made no strides to promote integration in a gentrifying neighborhood such as theirs.

Girls Prep, a charter school which will move into classroom space that is currently occupied by Ross Global Academy, a failing charter school set to close this year.

Such charters, she said, are low-performing, and admit few and homeless special need students. “I don’t understand why the D.O.E. is selecting to give more resources to [Charter Prep,] a school that isn’t proving itself by accountability measures, and not serving the highest-need students.”

Leonie Haimson, executive director of Class Size Matters, said the D.O.E. is doing everything they can to undermine the health of neighborhood public schools and replace them with charter schools.

“The fact that there are several closing schools on the list which, for years, parents and teachers complained bitterly about… is directly attributable to their failed leadership,” she said. Closing schools, she added, “will just lead to more instability in their lives.”
Posted by Black Educator at 3:38 AM No comments: 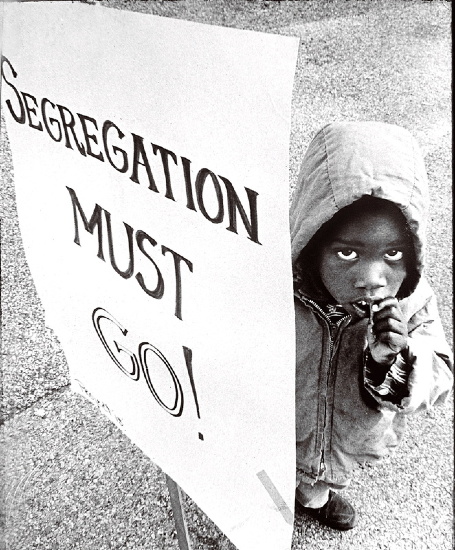 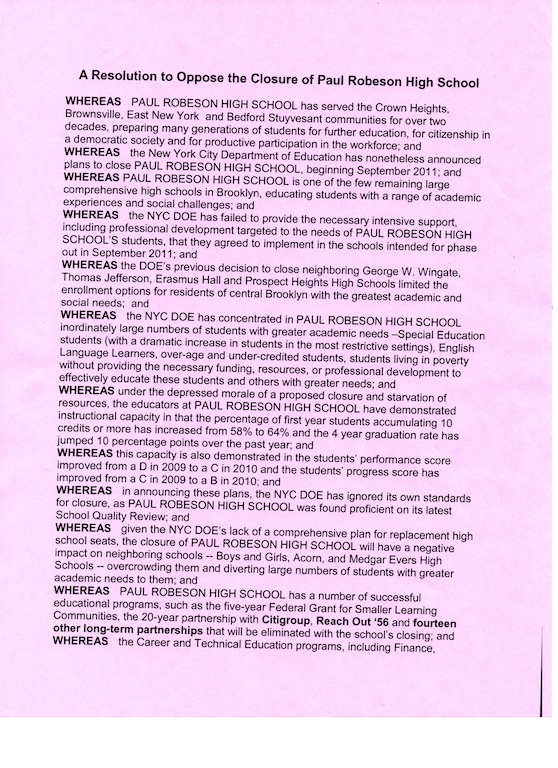 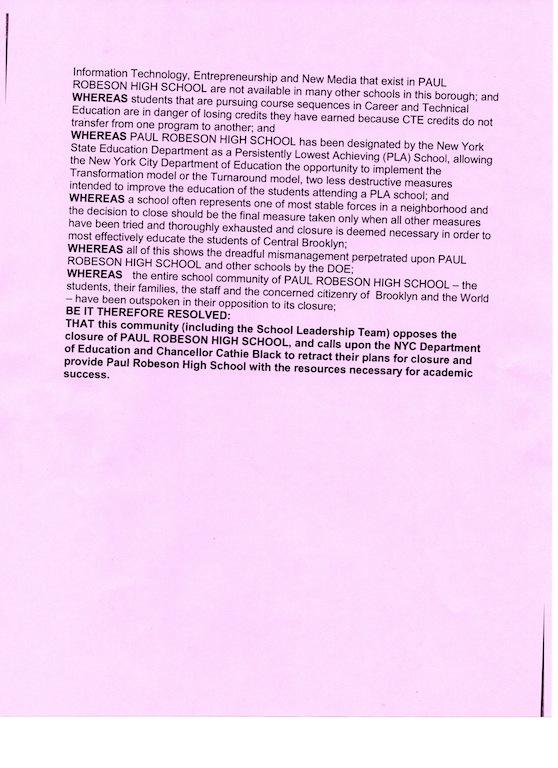 
Posted by Black Educator at 3:36 PM No comments:

CPE's David DuBosz Speaks Truth to Power at PEP January Meeting!
Cathleen Black, Billionaire Bloomberg's noneducator replacement for Klein, got a chance to sneer and smirk at dozens of outraged, frustrated and determined students, educators and parents about how the Privatization Bumrushing Machine (PBM) is making their educational lives a living nightmare.

Our own David Dubosz gives a powerfully moving speech about how arrogance and racism permeates the current DOME policies.