PEOPLE'S EDUCATION TRIAL IS ON! 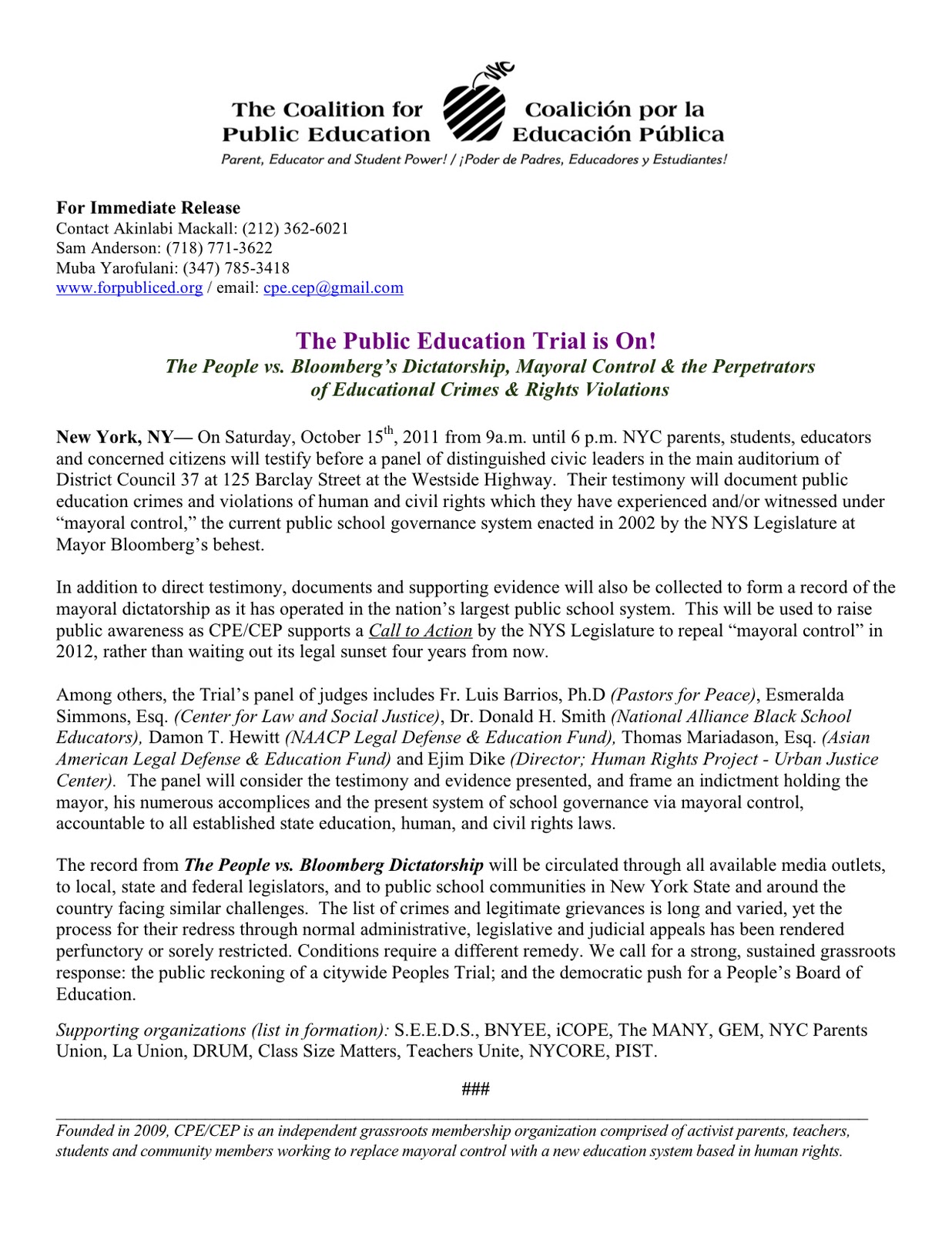 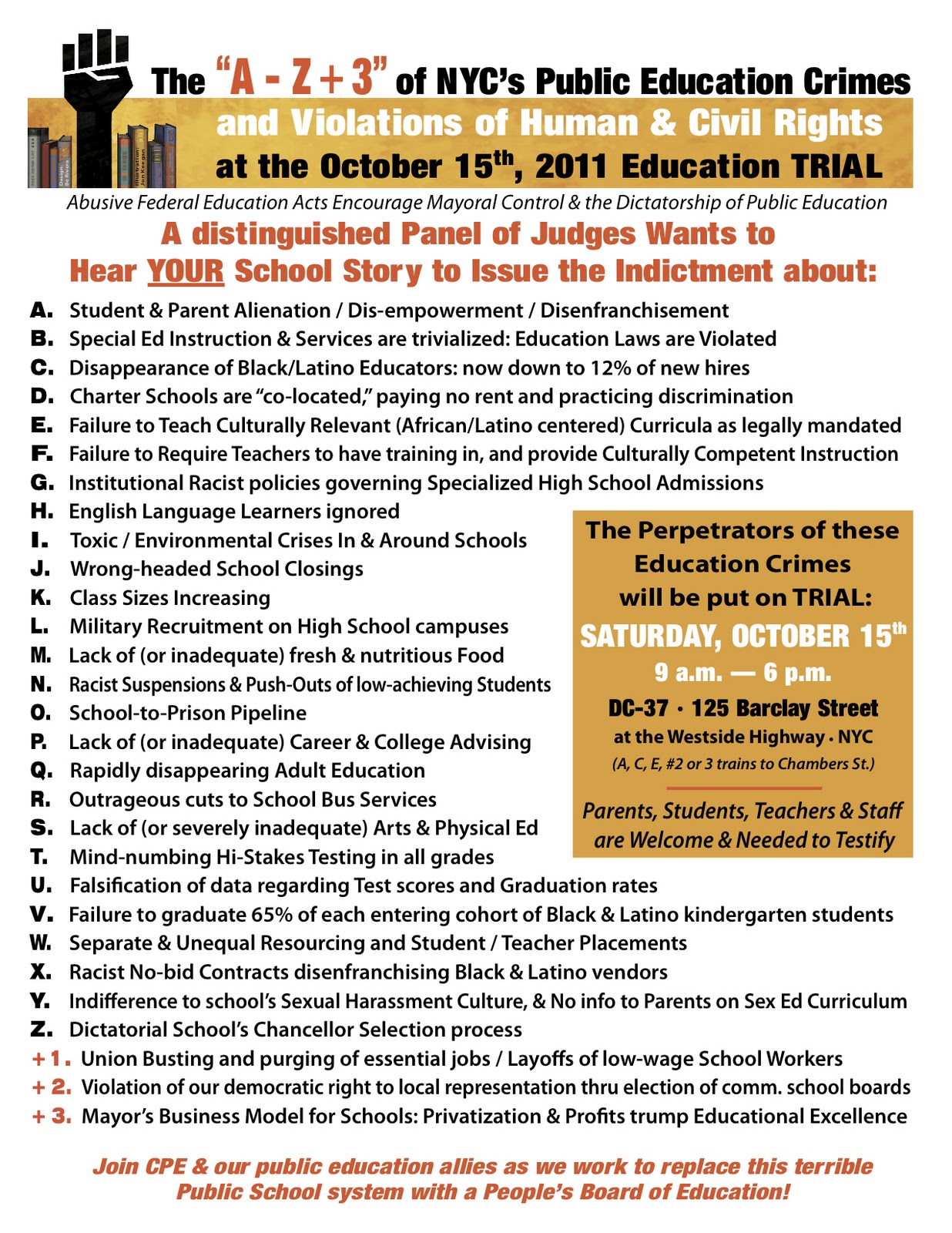 The city's plan to lay off nearly 800 nonteaching public school employees this fall will hit the poorest districts the hardest - and spare the more affluent ones.

The disparate nature of the cuts - the biggest layoffs at any agency in the Bloomberg era - became apparent yesterday, when officials gave Local 372, which represents nonprofessional school employees, a detailed hit list.

Under the plan, District 5 in Harlem and District 6 in Washington Heights will lose almost 8% of their school aides, parent coordinators and community workers - 77 out of a total of 998.

At the same time, only five of 942 similar workers in Staten Island's District 31 - less than 1% - will get pink slips.

Likewise, three school districts in the Brooklyn neighborhoods of Brownsville, East Flatbush and East New York will lose 4.4% of their nonprofessional workers.

But three more middle class districts in South Brooklyn that include Dyker Heights, Borough Park, Bensonhurst, Midwood, Sheepshead Bay and Mill Basin, will lose only 11 of 1,900 employees - less than 1%.

Those who could lose their jobs are some of the lowest-paid workers in the city and overwhelmingly black and Hispanic. School aides, the biggest group targeted, average about $11,000 a year for part-time work. Even with health insurance and pension costs factored in, the city pays about $27,000 annually for each of these workers.

"We've been trying for weeks to meet with Chancellor [Dennis] Walcott and each time they canceled . . . at the last moment," said Santos Crespo, president of Local 372.

"On Monday, they just called us in and hit us with these cuts," Crespo said. "They didn't even want to discuss ways we could cooperate to reduce costs."

At a time when the school system is spending hundreds of millions of dollars for more outside contractors and consultants, it's crazy to cut the most vulnerable workers.

"Unfortunately, the union would not agree to any real savings . . . so schools took a larger budget cut than might have otherwise been necessary."

In other words, if you don't do what Bloomberg wants, you and your members will suffer the consequences.

But why hit poor districts so heavily?

It could be just a coincidence, but some of the biggest cuts occurred in neighborhoods where City Council members were vocal critics of the mayor.

Ravitz said principals made all the decisions on cuts.

"Schools received their budgets at the end of June and made school level decisions about which staff they were keeping and which staff to excess," she said.

Several principals I spoke to yesterday disputed that version. They say budget officials from Tweed encouraged them to look to their nonprofessional staff for cuts.

Nevertheless, one thing seems clear: if these layoffs take effect, the poorest districts will suffer most.

jgonzalez@nydailynews.com
Posted by Black Educator at 7:55 AM No comments: